Using laser for cutting tubes is one of the most efficient ways of doing so and as such, it is now widely accepted industrial process when it comes to the smaller diameters. Specialists have been wondering, however, how would fiber laser deal with much larger tubes and if it could become the new normal for the industry.

As tubes and pipes become more and more common in various industries including bridge constructions, machine production, architecture and general metal structures, the request for having a good cutting system seems to be crucial to maintaining an acceptable tempo. How do laser systems do against large-diameter tube and pipe cutting?

Why is laser cutting necessary?

The idea of using laser systems while cutting large-diameter tubes and pipes was born out of necessity for high precision and quality products requested by customers as well as the need to lower the costs of the production. As the process was already known for being highly effective on a much smaller scale, producers could not help but try and perfect the system for themselves. They quickly realized that laser cutting for large-diameter tubes could have the same advantages as for those smaller ones, given that there would be appropriate machines that could deliver the same job quality. What’s more, in using laser systems they saw an opportunity to lower the costs of production and actually assess the final price of the product. 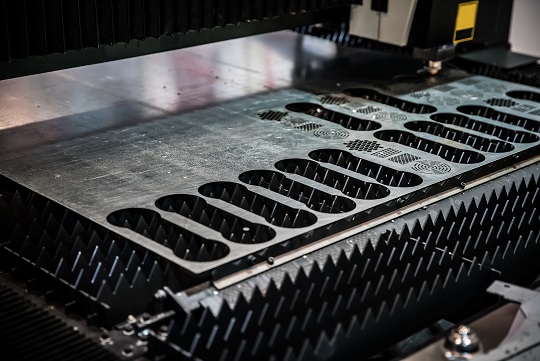 What are the advantages of laser systems in pipe and tube cutting?

It might seem that it was all brought down to automation and speeding up the cutting process but in fact, laser cutting makes it possible to precise design not only one pipe or tube, but a whole system that it’s going to be built into. Remember that when it comes to creating a pipeline or tubular structure, the points where one tube bends or joins with another tube need to be precisely measured – even 1° error in terms of orientation could potentially ruin the whole structure and require adjustments. Doing this manually, it would require time, had to be done in the field and would be quite costly, which is obviously not desired by any industry. What is considered the best advantage, though, is the fact that the results are consistent and if a company was asked to produce a dozen exact same tubes, they would without fail, unlike the traditional manual method.